OUR ALUMNAE ARE AMAZING!

Each year, we celebrate our incredible community of alumnae with a series of awards. Read on to learn more about our 2022 award winners.

Since 1974, Marlborough School’s Alumnae Association has been honoring outstanding alumnae with the Woman of the Year award. The Woman of the Year serves as an inspiration to all alumnae and students. They are accomplished, enthusiastic, and have contributed positively to the quality of life around them. They embody the spirit of Marlborough. They are a proud Marlborough alumna who has created a place at the table and has worked to change the world for the better.

With this annual award, we seek to reflect the depth and breadth of our alumnae community and celebrate the remarkable impact of Marlborough women in action. 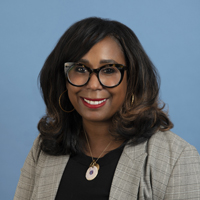 To say that Dr. Eraka Bath’s personal and professional accomplishments are many, varied, and impressive would be the understatement of the century. A leader in the field of child and adolescent forensic psychiatry, her research is focused on youth in the criminal legal system. Since 2007, she has worked as the consulting psychiatrist to the Los Angeles County Juvenile Mental Health Court and has partnered with child welfare and probation systems to advance youths’ access to and engagement in mental health, substance use, and reproductive health services.

Dr. Bath also serves as an Associate Professor in the Division of Child and Adolescent Psychiatry and the Vice Chair for Justice, Equity, Diversity, and Inclusion (JEDI) at the UCLA Neuropsychiatric Institute in the UCLA David Geffen School of Medicine (DGSOM) and the DGSOM Senior Advisor to the Antiracism Roadmap. In this capacity, she works to promote health equity and racial justice in medicine with an emphasis on eliminating health inequities and increasing the representation and the successful professional development for Black, Latinx and Native American medical students, physicians in training, and faculty in academic medicine.  Her work in the JEDI area includes dismantling structural racism, centering community and equity principle in biomedical research, and increasing the cultural humility and knowledge of racism’s impact on health for physicians in training.

She is a federally funded research scientist with national recognition as a thought leader in her field. She received tenure at UCLA a few years ago – no small feat in academic medicine.

In addition to her incredible professional work, Eraka is also a dedicated mother and Marlborough community member, serving on both the Board of Trustees and Alumnae Leadership Board. As her nominator wrote, “Dr. Bath embodies all that a Marlborough Woman of the Year should be – she is accomplished, enthusiastic and has contributed to the quality of life of the most vulnerable, including youth impacted by commercial sexual exploitation in the juvenile justice and child welfare systems. She is proud to be an alumna of Marlborough and to be a Marlborough parent; her daughter Noa is in the Class of 2026. She describes the intergenerational alumnae experience as ‘purple joy.’ Her leadership in equity, diversity, and inclusion is invaluable to combating systemic racism. Through her passion and work, Dr. Bath is – quite literally – changing the world. On top of all of this, Dr. Bath is a fun and engaging woman and dedicated friend.”

We are thrilled to honor Dr. Eraka Bath as Marlborough’s 2022 Woman of the Year.

First awarded in 2020, Marlborough's Alumnae Association awards the 20Y Award to a young alumna who exemplifies the core values of Marlborough through their personal and professional endeavors. This award is open to all alumnae who graduated from Marlborough within the past 20 years. With this annual award, we seek to recognize and celebrate the diversity, successes, and passions of our young alumnae community. 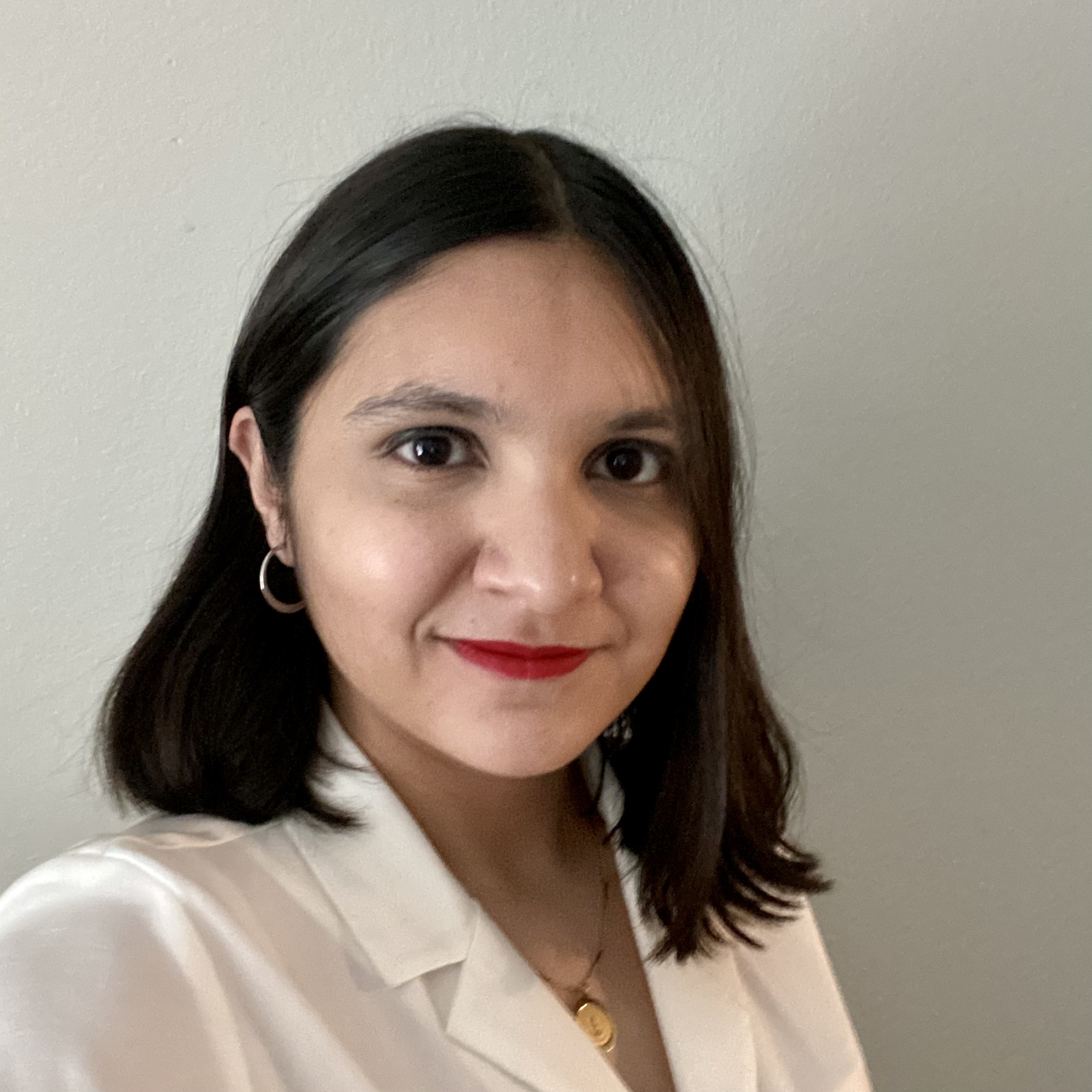 Ileana got her start in journalism at Marlborough’s UltraViolet, the student newspaper. In elective courses, she learned how journalism offered an opportunity to indulge in her love of storytelling while also helping to inform others and provide a platform for voices that often go unheard.

While attending Stanford University – where she majored in communication – she worked for The Stanford Daily and helped lead a revival of Stanford’s Chican@/Latin@ magazine El Aguila. She also secured internships at Eastern Group Publications, the Santa Monica Daily Press, The Washington Post, The New York Times and The Wall Street Journal’s Mexico City bureau.

Ileana is now a staff writer at Education Week covering how race and opportunity plays out in K-12 education, including highlighting the experiences of students and educators of color. She previously worked for the Tampa Bay Times and the Houston Chronicle, where her stories explored the intersection of race, business, labor and the military. She won the National Association of Hispanic Journalists’ Elaine Rivera Civil Rights & Social Justice Award for a series on how a Texas law would impact undocumented immigrants.

She is the daughter of Salvadoran immigrants and is based in St. Petersburg, Florida with her little dog, Toto.

We are thrilled to honor Ileana Najarro as the 2022 winner of the 20Y Award.

Marlborough's Athletic Hall of Fame aims to honor our alumnae, coaches, and administrators' excellence in athletics. The inaugural class will be inducted in April of 2022.

Biennially, we induct members of our community who exhibited the highest caliber of athletic accomplishments during their time at Marlborough or through subsequent athletic endeavors. With this award, we seek to honor those community members who have demonstrated good sportsmanship, citizenship, and character - truly embodying the ideals of Marlborough and our athletics program. 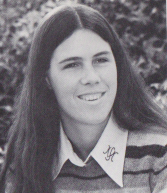 Denise Corlett ’76
Denise has an extensive resume full of accolades and accomplishments. She remains one of Marlborough’s greatest all-around athletes and was even the first California State High School Female Athlete of the Year. After Marlborough, she matriculated to UCLA where she played three varsity sports - volleyball, basketball, and badminton. In 1999, Denise was inducted into the UCLA Hall of Fame for all three sports.

Denise is currently the Associate Head Coach of Stanford’s women’s volleyball team. This is her 26th year in that role. In her time there, Denise has led the team to unprecedented victories and achievements. She has also been involved with the US National Volleyball Team in various roles, including team leader and assistant coach. In 2019, Denise was inducted into the Southern California Indoor Volleyball Hall of Fame. 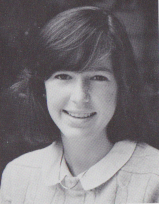 Gay Wehrli ’85
Gay was incredibly involved in Marlborough Athletics throughout her high school years. In fact, she came to Marlborough in high school in order to participate more fully in school athletics and played on the basketball, volleyball, and swim teams. She also ran cross country and track. She won many awards here including MVP several times and Most Spirited Award many times. Gay was also her Class Athletic Representative and the Study Body Athletic Representative.

At Trinity College, Gay continued her involvement in athletics. She participated in cross country, basketball, and track. Throughout her college athletic career, she was recognized by Trinity College and by the NCAA, including earning the Trinity Blanket Award (for 12 varsity letters in 4 years) and NCAA All-American. During medical school and throughout her years of residency/fellowships, Gay continued to compete as an elite level runner - she is truly a lifelong athlete and credits her Marlborough education and Marlborough athletics experiences with her many successes in life. 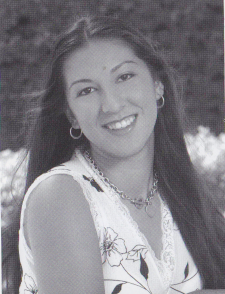 Shaina Zaidi ’03
Shaina has been a dedicated member of Marlborough’s athletics program since her time as a student. As a student, she was a multi-sport athlete but her talents and passion always lay with basketball. As basketball team captain, she helped lead Marlborough to three-straight Sunshine League titles and left a lasting impression on the program. Shaina continues to help it grow as a Marlborough basketball coach, tennis coach, and trainer.

Shaina also played basketball for UCLA from 2004-2007 and then professionally in Germany from 2007-2011. Now, as an entrepreneur with a growing business, Shaina still makes plenty of time for Marlborough. She even organizes alumnae basketball games to keep graduates connected to the school and their sport. Shaina continues to be dedicated to Marlborough’s legacy through her relationships with current students, alumnae, and faculty.

On March 23, 2019, to honor the tremendous bravery and unprecedented impact that Chelsea, Mikaela, and our anonymous alumna have had on our community, all three women were recognized with the first-ever Marlborough Alumnae Leadership Board Courage Award. In addition to the planting of a tree in the school’s Alumnae Garden, a permanent plaque was installed as a visual reminder of the courage and conviction of these remarkable women in working to change Marlborough—and the world for all women—for the better.

This award will only be bestowed when Alumnae Leadership Board wishes to recognize extraordinary alumnae who have left a lasting and meaningful impact on Marlborough and this world we all share.

Join your classmates on MConnects, an online platform connecting alumnae of all ages - socially, professionally, and 100% uniquely Marlborough.
Join MConnects

Did you recently move? Get a new phone number? Change email addresses? Please let us know!